A tribute to Geoff Brooker 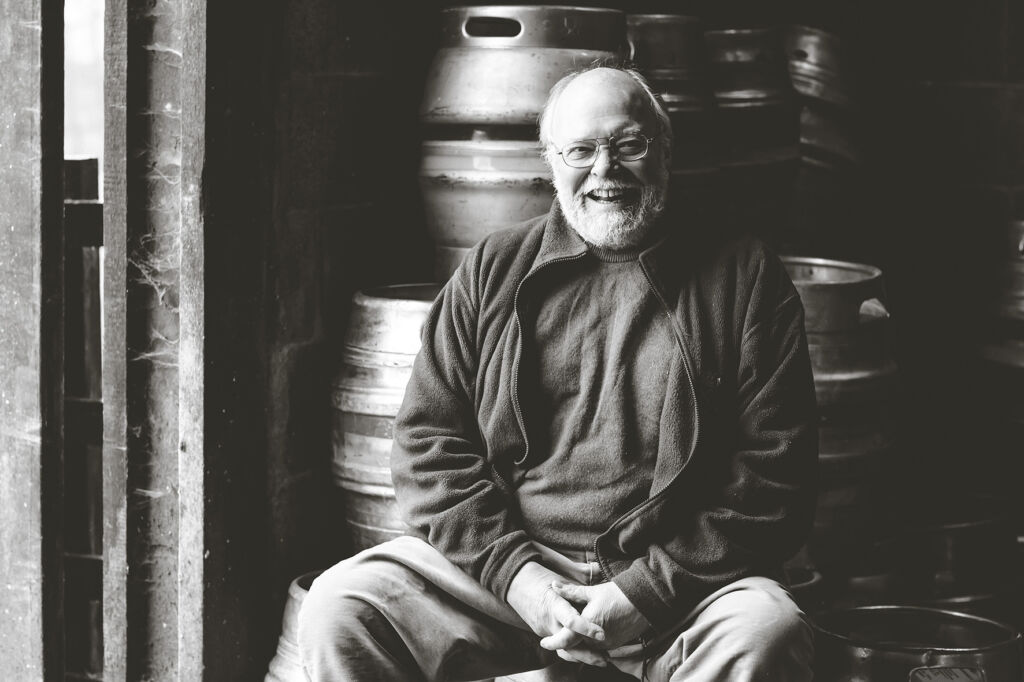 Since the sudden death of Hexhamshire Brewery founder and owner Geoff Brooker in early January 2015, we have been touched by the support the company and family have received and the kind words from so many people about a very much loved character.

Below is a tribute written by Sarah Raad who works for a design and marketing company, tent. tent were working with Geoff on a branding project to update the company logo and marketing materials and in fact this website, when Geoff died.

“One of our clients died this weekend in an accident. Geoff Brooker was the owner of two local businesses, the popular Dipton Mill Inn and the Hexhamshire Brewery. We’d been working with him for a few months on some rebranding and website work and had got to know him and his businesses pretty well. Dom last spoke to him on Friday, the day that he died, about getting some advert designs signed off. And then just like that, he’s gone.

Geoff was incredibly hard working, running a rural pub is hard enough but he was also running the brewery, actually brewing the ales each week, devising new products, sorting and chasing the orders. He also had plans to put the brewery on site at the pub which he was working on. He certainly couldn’t be accused of letting the grass grow under his feet or taking life easy. It seems so cruel that someone so hardworking and with lots of plans for his life and business should suddenly go like this.

And on a more personal note what makes it so cruel is that he was such a fantastic person. He was the quintessential landlord of a rural pub, larger than life, full of stories, very twinkly, nicely eccentric and with a laugh that frankly once you’d heard it, you’d never forget it. He was clearly respected, liked and even loved by those who worked with him and who came to drink and eat at his pub. And it goes without saying he will leave a huge hole in his family. We had only worked with him for about 4 months but we both held a lot of respect and affection for him despite the relatively short relationship. You just couldn’t help but really like the man. Anyone reading this who knew him will know what I mean.

So I suppose the lesson is this, quite bluntly, don’t put things off that you want to achieve as you never know what tomorrow brings. Strive for the best, be ambitious and make the very most of every day. Be like Geoff. Be memorable. Be a fantastic person. Make a difference.

Rest in peace lovely Geoff. You will be missed by all who knew you.”

Click on the boxes below for our latest articles