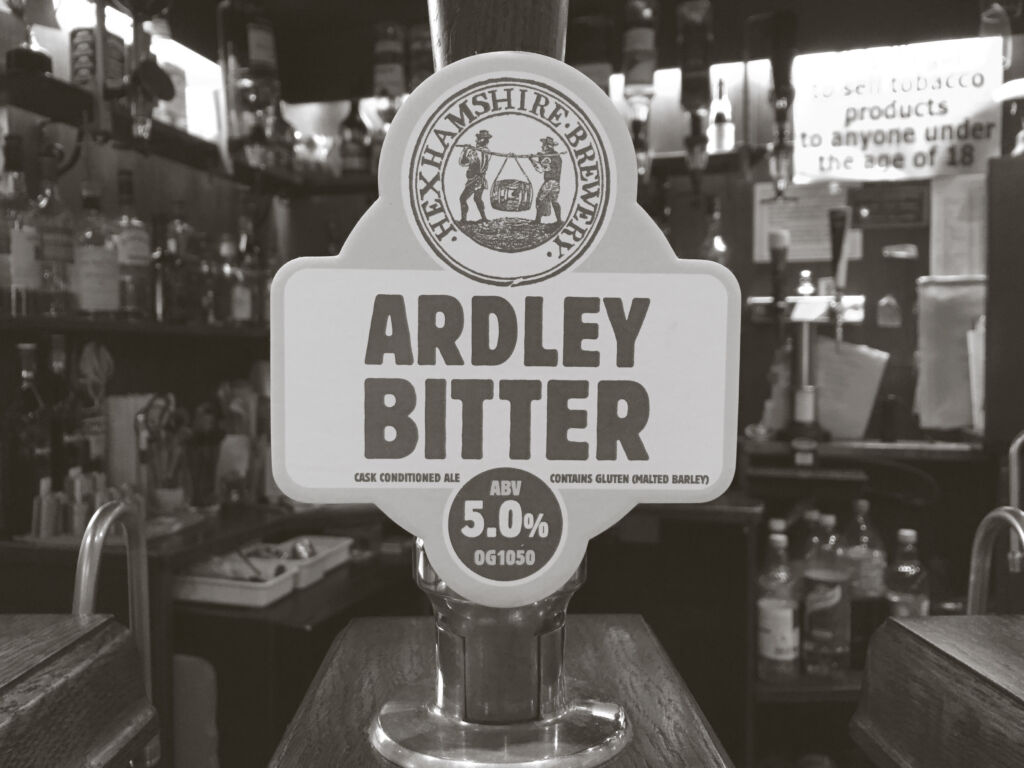 Our very own Ardley Bitter triumphed at the recent Stables Brewery, Beamish Country House Hotel Beer & Music Festival. (The picture shows our brand new style of pump clip that’s rolling out for all our beers.)

Held between Thursday 10th and Sunday 13th September, the Stables Annual Real AleFestival saw over 50 Real Ales and Ciders for visitors to sample.

Geoff’s Ardley Bitter, so named because it is ‘ardley bitter, was voted the best stout/dark beer of the festival.

Ardley Bitter (ABV 5.0%; OG 1050) is a dark brown smooth and satisfying beer. It is brewed using Pale Ale and Brown malts and hopped with Fuggles and Goldings.

Stable brewery’s head brewer John Taylor presented Geoff with his award recalling that Geoff had been brewing when John was still working behind a bar.

Click on the boxes below for our latest articles